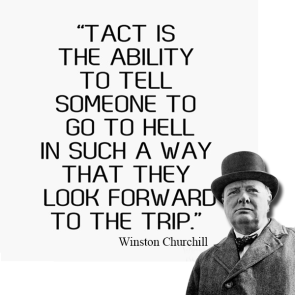 I probably could have been more tactful in my previous post.

Maybe I was little ornery about other things when I saw that statement?

So, after a strongly worded voice message from the unnamed firm that put out the statement, and some reflection, I want to address the issue again.

Here is the quote that I took issue with (regarding the impact of doubling of the personal exemption in the tax bill):   “Although the legislation maintains the current-law income tax charitable deduction, it will significantly reduce the number of taxpayers who itemize and effectively eliminate the income tax charitable deduction for a vast majority of Americans.”  (I especially disliked the part I bolded as it makes it seem like they just effectively took away the income tax deduction – which is not true!)

Clearly many Americans will no longer need to itemize on their tax returns, and therefore may have less incentive to give to charity. I say “may” because we really have no idea what impact this will have on contributions, particularly looking at the typical profile of those who may no longer itemize.

I can tell you that for those still in the workforce, who pay real estate taxes and mortgage interest, and/or pay for their own medical insurance and/or have dependent children, and for sure those households with significant income (let’s say $150,000+), will surely continue to itemize. In fact, the charitable deduction will be more important to those people as the bill limited some other deductions.  In other words, your major gift prospects will still be incentivized to make charitable gifts!

But, the largest group of  planned giving donors are those who make simple bequests (over 80% of planned giving dollars to higher education from FY05 – FY16 came from charitable bequests – see my VSE talk from the summer).  In other words, many typical bequest donors are older and have already moved out of the workforce, may have downsized and no longer own real estate, and may in fact be the precise community in America which will have less incentive to make charitable gifts!

Of course, I have found that donors who average $50 gifts and have made 15 or more gifts to an organization (my own testing from various client situations) seem to be the best profile for a charitable bequest.

Is the $50/multi-year donor going to hold back on gifts because he or she may no longer be required to itemize? I doubt it but time will tell.

Clear take away message – these bequest planned giving donors are perfect for IRA direct rollover giving!!! So, start working on promoting it to compensate those who no longer itemize!  In any case, you may get gifts from those who still itemize.

Lastly, the Washington Post – the reigning anti-Trump champions who drive me crazy with their unabashedly biased reporting – published a piece on this topic (click here to see it) claiming that charities are seriously worried and upset that they will have to focus more on wealthier prospects (kind of ironic since that is already the case!). Of course, I disagree with anything the Washington Post has to say because everything that seems to come out of that paper is biased and agenda driven.

Nevertheless, while I still disagree with their premise, I do see something good coming from this mini-movement claiming that charities are getting hurt by the tax bill.  Maybe the Republicans can be shamed enough to throw nonprofits a tax bone or two?

How about allowing anyone age 59.5 and older the ability to use the IRA charitable rollover provision?

Or, a universal deduction for charitable giving? Change where it shows up on the tax return so it applies whether you itemize or not.

How about allowing IRA rollovers to establish planned gifts like CRTs or CGAs?

If something can be squeezed out of this hysteria, that would make the hysteria worth it.

So, do I apologize? Yes, for the tone and for singling out one provider (even though I didn’t mention their name).  But, I can’t back off on my critique of the substance.

For good summary of the changes in the tax law impacting nonprofits, check out this link from Lowenstein Sandler (NJ law firm): https://my.lowenstein.com/15/617/uploads/20171222—tax—key-tax-exempt-organization-tax-provisions.pdf