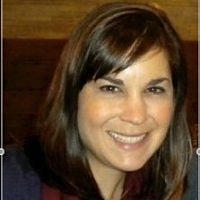 By Tracy Mlakar, Bob Carter Companies  (Guest post to the Planned Giving Blog – see my comments at the bottom)

To answer that question, ask yourself this: If Aunt Sally gave you a rare family heirloom for your birthday, would you send her a thank you note? If you didn’t, do you think Aunt Sally would send you a birthday gift next year?  I like to think of stewardship as a personal thank you to donors. Whether it is in the form of a stewardship report that lets the donor know how his/her gift was invested over the past year, or an actual hand-written thank you note, or a thank you phone call, stewardship is a critical component of any successful nonprofit organization.

A proper donor stewardship plan is essential for recognizing donors and encouraging them to remain actively engaged and to continue giving to your organization.  It is a well-known fundraising best practice that acquiring new donors is more costly versus keeping and upgrading current donors.  Appropriate and meaningful donor recognition and stewardship is essential to sustaining consistent and lasting relationships with donors in order to achieve fundraising objectives.

Some things to consider when developing a stewardship plan:

The Planned Giving Blog’s comments:  If we think Stewardship is ultra-important to our fundraising programs, then it’s mega-important to our planned giving efforts (which are mostly revocable bequests and testamentary commitments)!  Lest I remind everyone, there was data from a few years back that suggested that upwards of 60% of people who intend to do some sort of charitable gift in their estates actually fail to do it.  Considering that less than 50% of Americans even have a will, and that only around 5% of decedents actually include charity in their wills, I would say stewardship in planned giving is just as important new planned gift donor acquisition!

Here is another worthwhile post from Phyllis Freedman that I recommend checking out:

It’s about the little touches that all planned giving programs absolutely most get right to fully realize bequests and other revocable planned gift commitments.  These revocable gifts, the overwhelming bulk of planned giving dollars as far as I have seen, require just as must or more post gift attention as what it took to find out about the commitment in the first place.  That is a key to planned giving as a field.

There is a statistic that I quote often from Russell N. James III, J.D., PH.D., based on University of Michigan’s national Health and Retirement Study (1995-2006), which interviewed approximately 26,000 over age 50 Americans over the course of the study.  It turned out that only 41% of those who said they were doing something charitable in their estate plans actually came through with any charitable bequests (which the study checked after the passing of many of the respondents to the survey).  In other words, 59% of those claiming to intend to make charitable bequests, for whatever reasons, failed to get it done.

Some of the failures of charitable bequests in the study were because of planning mistakes, or lack of planning, or surviving spouses, and so on.  But, I am sure that many times donors change their plans because their intended charity (particularly ones they inform of their intentions) let them down on the personal relations front.  You didn’t thank them properly or you didn’t make an effort to stay in touch or some other small mistake that could cost huge amounts of money.

This is why the annual legacy society event – although not a fundraiser itself – is very important: another opportunity to stay in touch, show you care, and recognize their commitments.  It’s worth it – trust me!